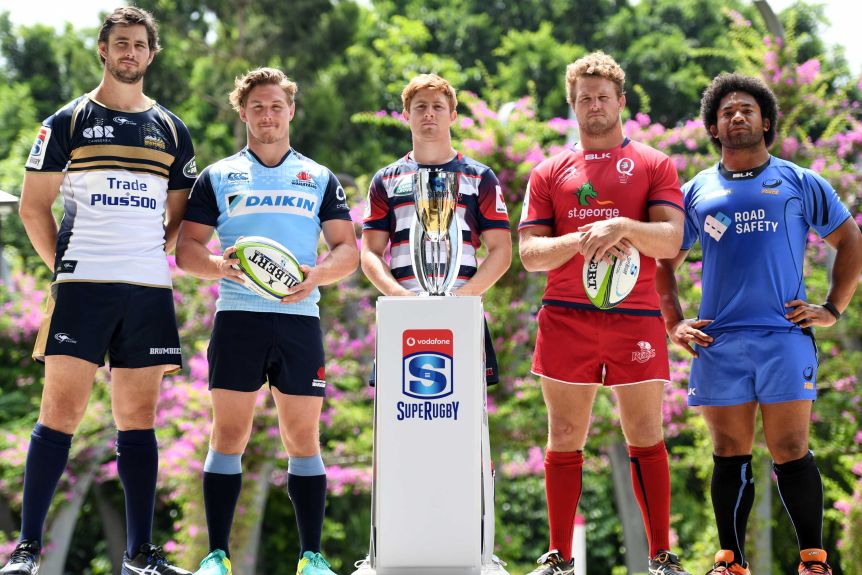 Its been a long time preparing but this weekend, finally, Super Rugby AU will kick off! We will have two thirds of Super Rugby back in action for 2020 and the Australians join the action in a battle between five of their own sides. There’s a few differences from Super Rugby Aotearoa that we have been watching over the last few week though, so join me as I take a look at how exactly Super Rugby AU is going to go down….

It all kicks off this weekend on Friday the 3rd of July when the Reds will take on the Waratahs at Suncorp Stadium. That’s the simple basic one out of the way. Set your alarms and be ready for a full weekend of rugby!

OK, so you have already cheated the system and know two of the sides involved. The Reds and Waratahs will kick off the opening round and the Brumbies and Rebels will fight it out for game two of the weekend. Just like in New Zealand, there will be a fifth side and a bye for someone every weekend. Its with much joy to many rugby fans in the West of Australia to know that the Western Force will be back in action in Super Rugby AU. Can they prove they were wrongly booted from Super Rugby all those years ago?!

Super Rugby AU will take place, surprise surprise, all over Australia with all five sides hosting home matches. Some of the stadiums to be used will be, GIO Stadium, Suncorp Stadium, AAMI Park, The SCG, ANZ Stadium and HBF Park. A number of matches are still to be confirmed of the venues until closer to the game time.

As was mentioned at the top, there are a few differences between Super Rugby Aotearoa and Super Rugby AU, most notably the laws of the game. Settle yourself in for this part, it gets a bit weird. Right, so just like in Super Rugby Aotearoa, they will also be the same red card ruling. If a player is sent off with a red card, the offending team will be able to only replace that player after twenty minutes. There will also be Super Time! Really getting into the mood now. Super time is just extra time, two extra five minute periods if the game is drawn at the end of 80 minutes. First side to score points during that period will be declared the winner.

That was straight forward so far, but now we go deep. If an attacking player is carrying the ball and is held up in the in goal or knocks the ball forward, the game will be restarted with a goal line drop out. NRL, is that you? Also, if a kick enters the in goal area and is forced dead by the defending team, play will also restart with a goal line drop out. Then the bunker…. ha, no.

Want some more league style rules? Sure thing says Rugby Australia! If a kick is booted from inside the teams 50m area and travels into touch within the oppositions 22m area having bounced first, the kicking team will be awarded the lineout. Added to that, if a kick it taken from inside the 22m area and bounces into touch inside the oppositions 50m area, the kicking side will be awarded the lineout then too. Told you it gets crazy….

HOW? (Is the winner found?)

Super Rugby AU will be run over a 10 week round robin style system with two weeks of finals. Semis and a final you ask? Oh no no, that would be much too simple. Instead it will consist of second vs third in the first round of finals, with the winner going on to play the top placed qualifier in the final. So first up targets, make the top three. Top the table and get another week off, luxury!

This is a really silly question, but I just had to complete the full list. Its rugby my friends and its finally back in Australia! Lets hope they have a good standard and have some success relying on themselves to develop into a world power of rugby yet again. If the worst thing is that we have another two matches to watch in the weekend on a Friday and Saturday night, then I am OK with that and cant wait for it to get underway! Lets get it on Super Rugby AU!

What do you think of the new laws and changes in Super Rugby AU? Let me know in the comments and just like for Super Rugby Aotearoa, previews and reviews will be right here Behind The Posts for each and every round of Super Rugby AU! Rugby is back in Australia! Let me know your thoughts on the action coming up weekend in the comments and thanks for stopping by Behind The Posts. If you would like to have your say here, get in touch on the contact page today!