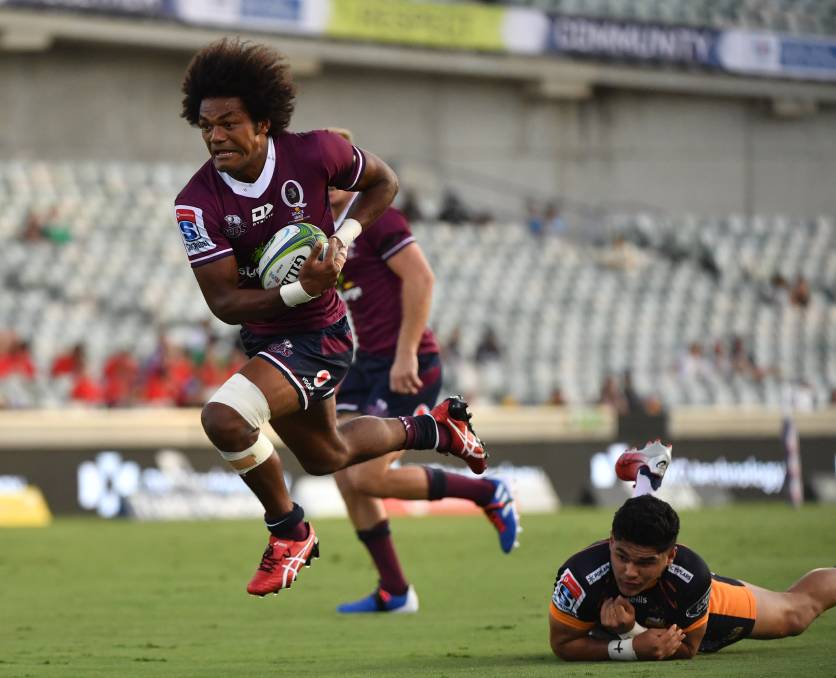 The first round of Super Rugby has already pass us by and it wouldn’t be without Super Rugby without its amazing, fantastic and upset rugby! Let’s take a look at the full round and how the games went down….

Another season for Blues fans has kicked off in disappointment as they failed again to turn a good first half display into a victory against another New Zealand side. The game was well in the Blues favour at half time, leading 19-5, but after the break it all fell apart. Warren Gatland showed his warez back home with some key changes that put the game on its head. Aaron Cruden controlled the second half and even kicked a drop goal. Samisoni Taukei’aho and the Chiefs back row were all over this game. The Chiefs romped home 32-10 in the second forty to win by eight.

Henry Speight created history with his new Reds team to become the only player in Super Rugby history to score against every team when he dotted down against his former Brumbies team mates. It wasn’t enough to give his side the win, but it was an effort to give the Reds plenty of confidence. A 17-7 Reds lead at half time was torn down by the Brumbies pack. As always Folau Fainga’a grabbed another maul try. A late Reds try got them the bonus point and so close to an upset win.

The constant changing of game styles at the Bulls turned up again, as Morne Steyn’s return pulled fans back to the dark ages. It was a first half of penalties and a drop goal that put the two sides closely matched 6-9 at half time. The attacking ability of the Sharks eventually shone through with a S’Bu Nkosi try from the cross field kick. Steyn’s boot kept the Bulls in striking distance but with time running out, the Sharks turned their one point lead into victory with a scorching Sanele Nohamba run for the winning try.

It wouldn’t be Super Rugby without one match to completely smash everyone’s picks over the weekend. I didn’t think I would be saying it much this season, but this week, it was the Sunwolves. They held control of this game for the whole match, forcing the Rebels to play catch up rugby. With a 22-13 lead at the break, the Sunwolves emptied the tank early in the second and hoped they could hold on. The rebels finished strongly, but five Sunwolves tries and a commanding Garth April display was enough to get the job done by nine points. What a huge start to their season, leading the Australian conference after the first round.

For all the changes the Crusaders faced into this season, it was the same old story on the field. It was one way traffic mostly with a final score that, if anything, flattered the visitors. Leading 24-6 at half time, the Crusaders never let up. Will Jordan and Braydon Ennor dazzled the crowd with two tries each and Leicester Faingaanuku showed what a prospect he is for New Zealand Rugby. For the Waratahs a new star was born, Mark Nawaqanitawase scored two of the their three tries and looks like one to watch this season. Crusaders far too good in Nelson.

I talked a lot about how good I expected this Stormers side to be this season and boy, they did not disappoint at all! It’s not very often in a season that a New Zealand side will be kept to nil, let alone an attacking side like the Hurricanes but the Stormers defence was magnificent. A masterful display from a world class forward pack set the path for the Stormers, who put a woeful Hurricanes team to the sword. Four tries to nil and a brilliant glowing partnership from Herschel Jantjies and Damian Willemse at the back of this pack will be a joy to watch this season. The loss of captain Siya Kolisi for six to eight weeks with a medial ligament tear could put a damper on the great start.

Not much often goes as expected in Super Rugby but in our final match, it almost did. The Jaguares continued on as they were last season with another commanding display over the slowly depleting Lions. Reserve fly half Domingo Miotti had a fantastic showing after being forced into the game earlier than expected. The backline danger was evident again, Matias Moroni bagged two tries as the Jaguares showed a near complete game to overpower the Lions. Jaguares look set to battle the Stormers for the top South African place, whereas the Lions, could have a tough time to find many positives.

That wraps up Round One of the 2020 Super Rugby season review! How did you enjoy the opening round of Super Rugby? Who impressed you? Who let you down? Let me know in the comments and as always, thanks for stopping by, Behind The Posts.