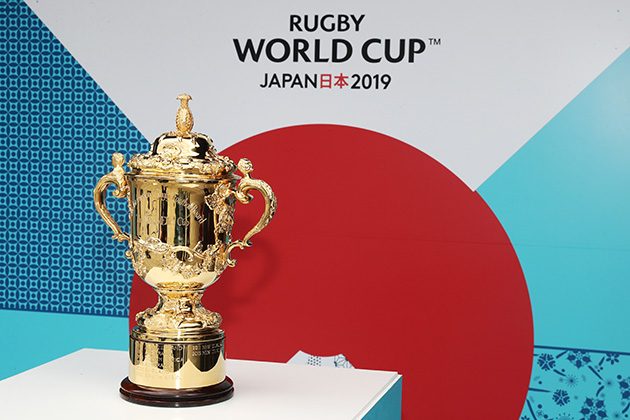 It all began almost two months ago, when the hosts Japan took on lowly Russia. Little did we know then what an amazing tournament we would be treated to over the next six weeks. It all ends tonight, Wales finishing fourth, New Zealand third and the victor between England and South Africa will be decided over these eighty minutes tonight. What a World Cup it has been. Upsets, cancelled games, boil overs, massive overachievement and huge disappointments. We have had it all and there is not much more to say than, well done Japan! Its been a fantastic World Cup, I have enjoyed every second of it! The teams, the people and of course the PACKED stadiums every single day, have been a massive highlight! It’s always a sad time when the Rugby World Cup closes out, so lets enjoy one more match, one more stream and one more preview!

What do you do when you have made it through the quarter finals and semifinals with a team whos had no changes or only injury forced changes? When you have a game plan working on the field and a impactful bench doing the job in the final stages? Simple, don’t change a thing. That’s exactly what we are seeing here in this grand final. England’s side has asked some questions of itself during pool play but since those finals have started, there has been a solid lineup with no wavering. Mako Vunipola has slotted straight back in from injury at loosehead prop like he never left. The youthful brilliance of Tom Curry and Sam Underhill have amazed the world and taken the tournament by storm. The backs have made their tackles and Owen Farrell hasn’t knocked anyones head off, yet. Life is indeed rosy in the English camp. Tactically, we should expect England to run the same game as they did against New Zealand and why wouldn’t they? Dominate the tackle, dominate position and pin the opposition in their own half, or even better 22. With both George Ford and Farrell in the starting lineup and the success of the semi final, England would be foolish to look elsewhere. But the big question is how will they play against the Springboks who are a totally different team than the All Blacks?

South Africa’s selections sit in the same boat as England, with just the one change which will see Cheslin Kolbe slot back on the right wing after missing the Welsh semi final through injury. When the big games have come, the Springboks have stuck true to this side even after that opening defeat to the All Blacks. No side has ever won the Rugby World Cup after losing a game during pool play, will that record be evaporated tonight? The South African pack is big and strong which we know so well and have plenty of forward cover on the bench again with that 6/2 split that Rassie just loves. The way they play, the forward based game, leads me to believe they are better equipped to deal with this English game plan. Getting over the advantage line with position and kicking territory well is going to be key. Penalties from 50 or 60 metres out will be points, thats a massive threat. We seen it against Wales, the Springboks don’t need tries to win. This game is going to be decided obviously by the pack, the matchups here as just breathtaking. Maro Itoje against Eben Etzebeth, Tom Curry against Siya Kolisi, Billy Vunipola against Duane Vermeulen, Mako Vunipola and Kyle Sinkler in the prop battle against Tendai Mtawarira and Frans Malherbe. It’s a mouthwatering prospect to see these matchups and what promises to be a fantastic armwrestle of a final. If you didn’t enjoy the Wales vs South Africa semifinal, then brace yourself for this one, I expect it will be much the same style of play. It will be a titanic clash of bullies and passes will rarely go past one player, phases will mount and pressure will decide the William Webb Ellis Trophy! Give me what many may consider an upset tonight, but England won’t be allowed to bully this Springboks pack and the boot of Pollard, Ford, Farrell and Frans Steyn will turn the scoreboard over slowly but surely. No talking about refs….. Let’s keep it that way!

I will be streaming during the Grand Final tonight, so if you want to come have a chat during the game, check out my YouTube channel! I will have predictions DAILY for the Rugby World Cup! (THIS IS THE LAST ONE!) So make sure to subscribe to the page for updates when a new predictions goes live or check back each day for the next days matches. Who is your pick? Lets me know in the comments below and as always, thanks for stopping by Behind The Posts!